Circuit Brook marks part of the northern boundary of the city and runs through the Christian Fields Local Nature Reserve.  Last week I went for a walk to find the brook and found a whole lot more besides. 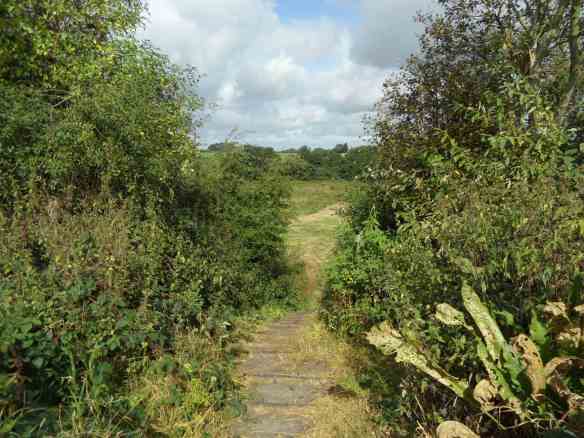 Despite the blue lines on the map, water was scarce, although some evidence of its presence lingered on in the channels it had forged over the centuries. 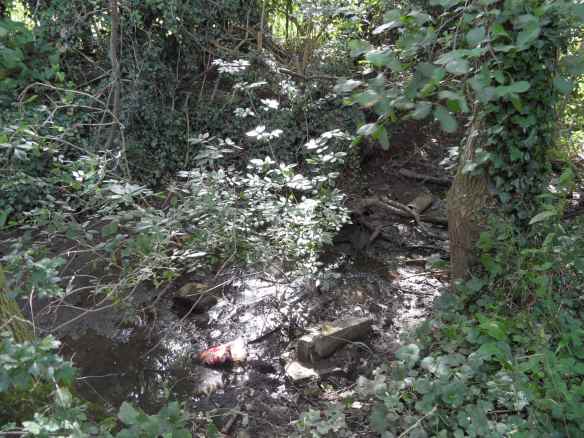 For much of the walk, we were separated from the route of the stream by steep embankments and rampant nettles, and at particularly challenging points, both!  Concerned about both the possibility of broken limbs and the availability of dock leaves, I didn’t stray far from the path, and used the zoom on my camera instead. Not very adventurous I know, but at least I lived to tell the tale! 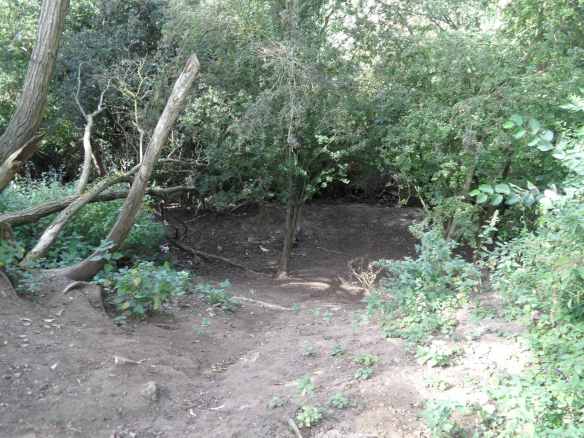 Steeper than it looks! No, really it is! 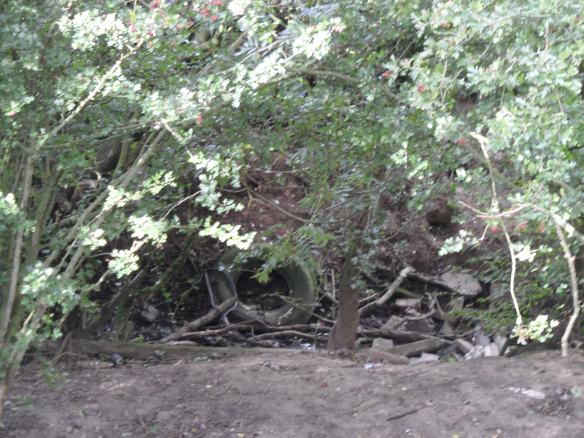 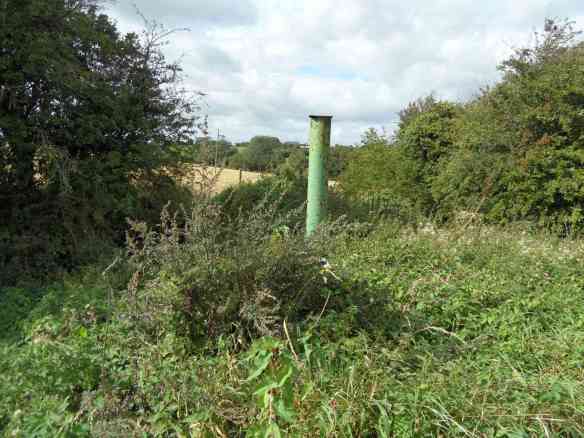 Amidst the nettles is this green post. Any ideas?

A little way into the walk, watery looking plants and a visible outline convinced us that we’d found the site of the well marked on our Ordnance Survey map.

At the point where we lost the route of the brook altogether we retraced our steps back and tried to pick it up again further upstream. This time the route took us along a flat, public footpath with woodland and fields to our left and the busy western bypass and underpasses to our right,  reminding us that we were right on the fringe of the city here.

A footbridge gave us easy access to the stream here, but once again it was dry.

Had we not turned back, we’d have found ourselves in Elmhurst.  What I hadn’t realised at the time was that part of the route apparently dates back to Saxon times, and incorporates an archaeological feature known as ‘The Dimble’. It’s great that the name is still evident in the area today. I’d like to find out more about this ancient walkway (the information I’ve included here is pretty much all I’ve been able to find so far), and also clarify exactly what  a ‘Dimble’ is, as I’ve seen a couple of different definitions.

I was also unaware until reading up on it, that the Christian Fields LNR was a landfill site until the 1980s when it was capped. Twenty or so years of allowing nature (and volunteers) to reclaim the site, has resulted in a place reclaimed for people to enjoy and explore. So go and enjoy & explore!

Big thanks to Brownhills Bob for providing me with a map of the site and information about the nature of water, especially the advice to keep an eye on that well…..