I have a huge backlog of things to write about including the dead (an old burial road) and circuses (the greatest show-woman) because when I’m looking for one thing, I inevitably seem to find another. Case in point: Last week I went to see if there was anything left of a burial mound known as Offlow and ended up at Shenstone pondering 19th century funerary art.

Offlow: the short answer is there is nothing left.

Shenstone: So much going on with this 16 year old woman’s grave. Look at the tiny tools!

To summarise my predicament using a popular meme like the cool kids do: 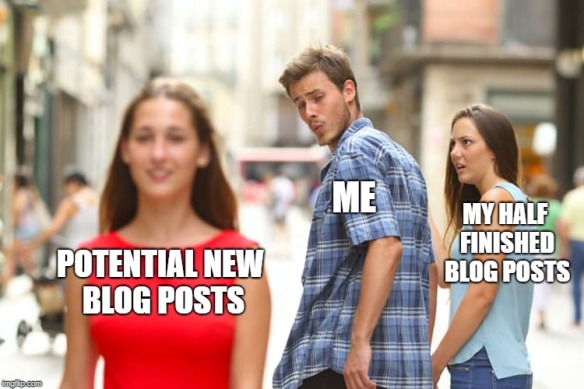 I have no idea why my kids are ashamed of me and have me blocked on Twitter.

To show solidarity with my GCSE-sitting son, I have decided to show my working out. Or not working it out, as is probably more accurate as I want to share the things that have me stumped, the dead ends and the ‘not quite sure about this but maybe someone else will be able to help’ type stuff. Whether it’ll lead to quantity over quality or prove that a picture is worth a thousand words remains to be seen.

With that in mind, I have two sheds for your consideration and comments. Firstly, one spotted in a field on a walk around the lanes of Fradley, in the village proper rather than the site of RAF Lichfield. My best guess is that’s where it originated though, with the windows suggestive of an accommodation block. I imagine it was relocated here after the airfield closed in 1958 and re-purposed, although what for I’m not sure.

Tonight’s second shed is this ramshackle affair spotted alongside the disused Walsall to Lichfield railway line in-between Sandfields Pumping Station and Fosseway. My best guess for this one is that it’s a platelayers’ hut where chaps working on the track would store tools and take shelter. As with the rest of the line, it’s slowly being reclaimed by nature which is sadly ironic given that the platelayers were responsible for keeping their stretch in good working order and free of vegetation. 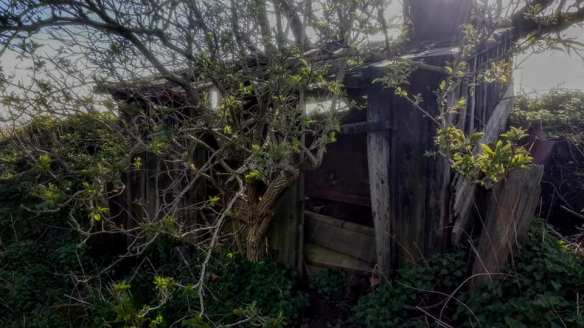 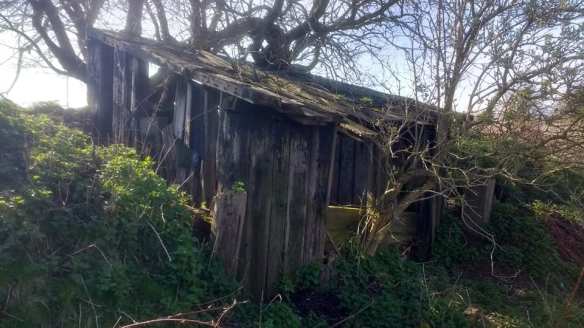 Over the weekend I had the following message from David Mace on the subject of RAF Lichfield.

At the Jet Age Museum, Staverton, Gloucester; we are reconstructing the cockpit section of a Hawker Typhoon 1B to be included as a museum exhibit. The remains of this aircraft cockpit were recovered from Flower’s scrap yard, Chippenham in the mid-90’s. Information on the project is available here:

No. 51 Maintenance unit scrapped approximately 900 Hawker Typhoons at Royal Air Force Station Lichfield, also known as Fradley Aerodrome between 1945 and 1947, and, although most of the airframes were recycled, it is possible that some items remain in the surrounding woodlands and hedges/ditches. It was quite common for the salvage crews to dump parts in these locations.

The Typhoon Project team are seeking information as to the possible whereabouts of surviving items that can be included in the rebuild project, and any information would be much appreciated.

David believes that much of the scrapping was carried out in the Curborough area, south of the airfield. We’re hoping to do a Lichfield Discovered walk over the next month or so to see if we can turn anything up (we never need much of an excuse to go and rummage around in ditches!). RAF Lichfield was Staffordshire’s busiest wartime airfields and although closed in 1958, and sold four years later, the following photographs, taken by David Moore on our RAF Fradley walk last summer, show just how much of interest still exists at the site. More details on the walk to follow, but in the meantime if anyone does have any information, please get in touch and I’ll forward it on to David Mace. 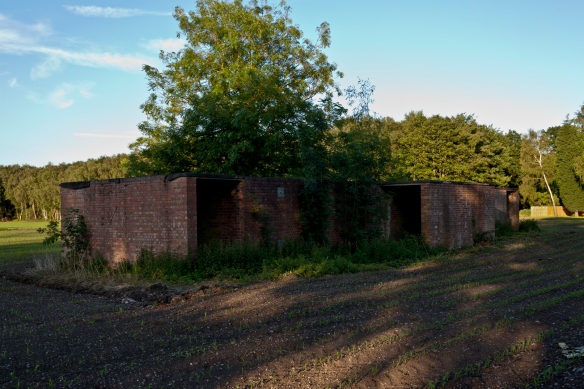