Last Summer, I wrote about the ‘Bride’s Hand’ carved into the stonework of the south porch of St James the Great at Longdon. It’s an old tradition that brides arriving at the church would place their own hand against it, in the hope that it would bring good fortune and fertility to their impending marriage. Apparently, some twenty-first century Longdon brides-to-be still partake in this ritual.

Yesterday, I was idly scrolling through Twitter when two hands, similar to the one at Longdon, grabbed my attention. The image had been taken from Timothy Easton’s article on symbols which appears in the Winter edition of the Society for the Preservation of Ancient Buildings‘ magazine (1), and the carvings themselves are to be found on the south doors of two churches in the neighbouring Gloucestershire villages of Ampney St Mary and Ampney Crucis.  Until now, I wasn’t sure whether the Bride’s Hand was just a quirky bit of history unique to Longdon but the appearance of similar symbolism, in a similar position, at churches one hundred miles south of here suggests not. Timothy Easton believes that the carvings were added to send a very definite ‘Stop!’ sign to any evil spirits attempting to sneak inside.

South porch of St James, Longdon where the carving can be found.

As anyone who follows the Medieval Graffiti project will know, these hands are just one of the many types of markings that can be found in our churches. Some were an attempt to ward off evil spirits and no doubt some were an attempt to ward off boredom. St James the Great may be filled with beautiful carvings but I can’t help being drawn to these ones that aren’t really supposed to be there. For me, a crudely etched protective symbol and Joseph Nevill’s graffiti trump the Forster family’s weeping cherubs and marble tombs. Hands down. 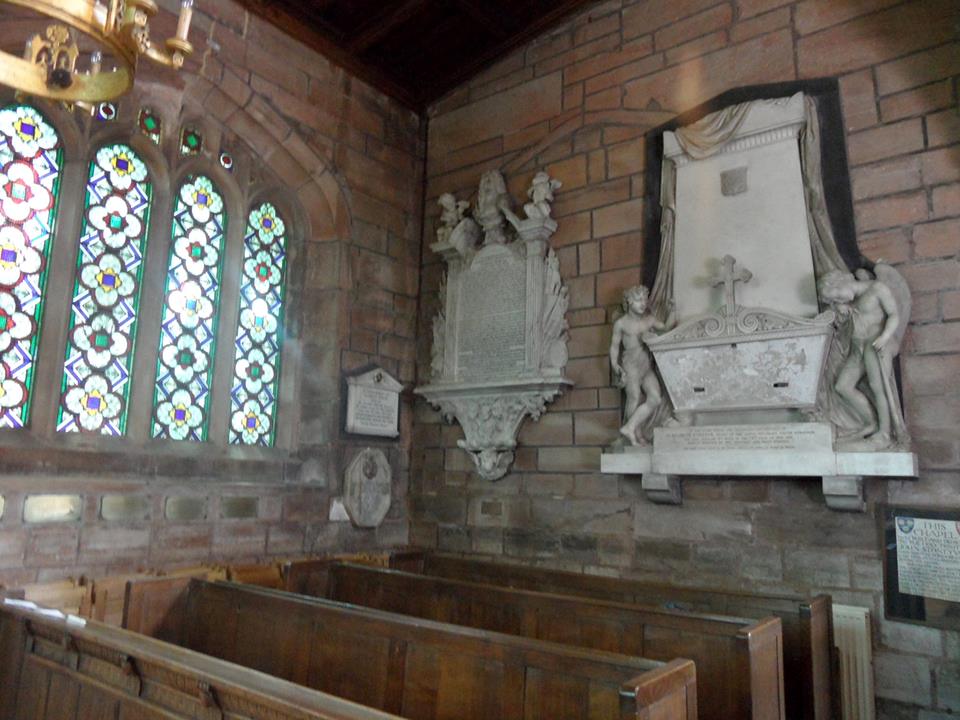 The Stoneywell Chapel, used as a private chapel between 1520 and 1944, by families including the Ormes and the Forsters, former owners of nearby Hanch Hall

(1) Which their press officer very kindly sent to me after I sent an excited tweet telling them I’d seen one just like that.