Time, once again, is on my side. It was nearly a very short lived return to writing the blog as I had a close encounter with a Land Rover on a tight bend, whilst pondering whether part of a barn in Hammerwich had been plundered from the Roman remains up the road at Wall but brushes with death aside, it’s good to be back wandering and wondering.

I’m researching places with a connection to the Lichfield to Brownhills stretch of the disused railway track to Walsall for a project I’m working on. Hammerwich was my first stop, as back in the day, Hammerwich was the only stop between Lichfield City and Brownhills. The station opened in 1849 and closed to passengers in 1965 as part of the Beeching cuts, although the line continued to be used by freight until 1984. A plaque marks the site, although sadly has been damaged, possibly by the Vandals of Hammerwich (yes, that is a Morris Dancing reference and yes, I am proud of myself). 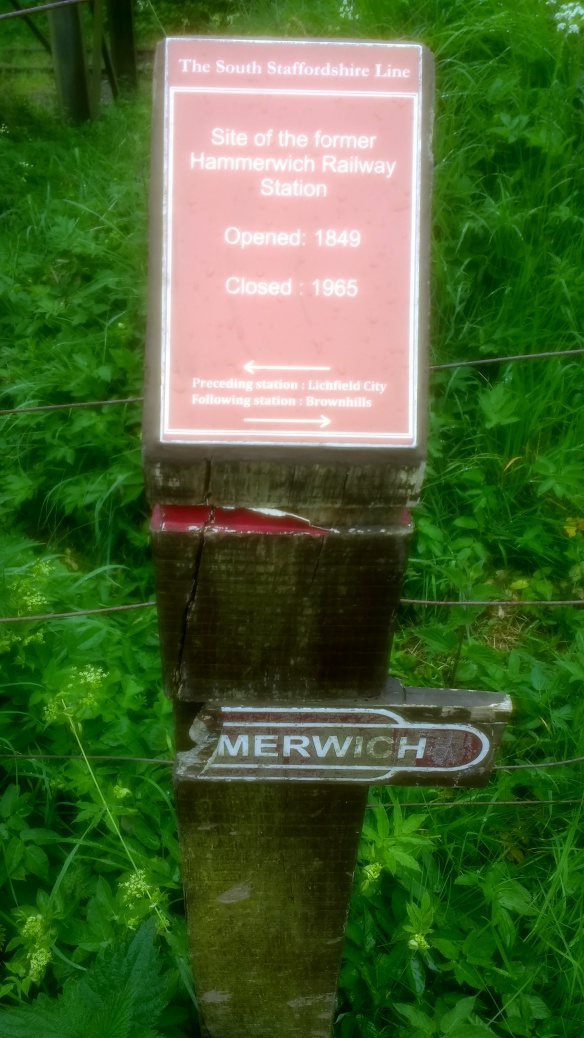 Judging by old newspaper reports, there was a vehicular crossing here until 1911, when Hammerwich Parish Council finally got the London & North West Railway Co to give permission for a bridge, something they’d been requesting for over thirteen years, on the basis that several potentially serious accidents had nearly taken place there, including one incident reported by the Lichfield Mercury on 3rd October 1902, where a group of school children ran out in front of an approaching goods train. 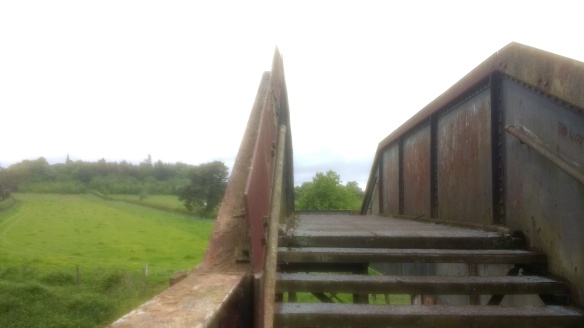 The now rusty bridge still straddles the overgrown tracks and the old station house still stands but on vanished platforms. No trace though of the pipe which ran alongside the track and carried clean water from Sandfields Pumping Station in Lichfield to the towns of the Black Country where it was in such short supply. A newspaper article from the Lichfield Mercury reports that in February 1896, the pipe fractured and flooded the lines here. 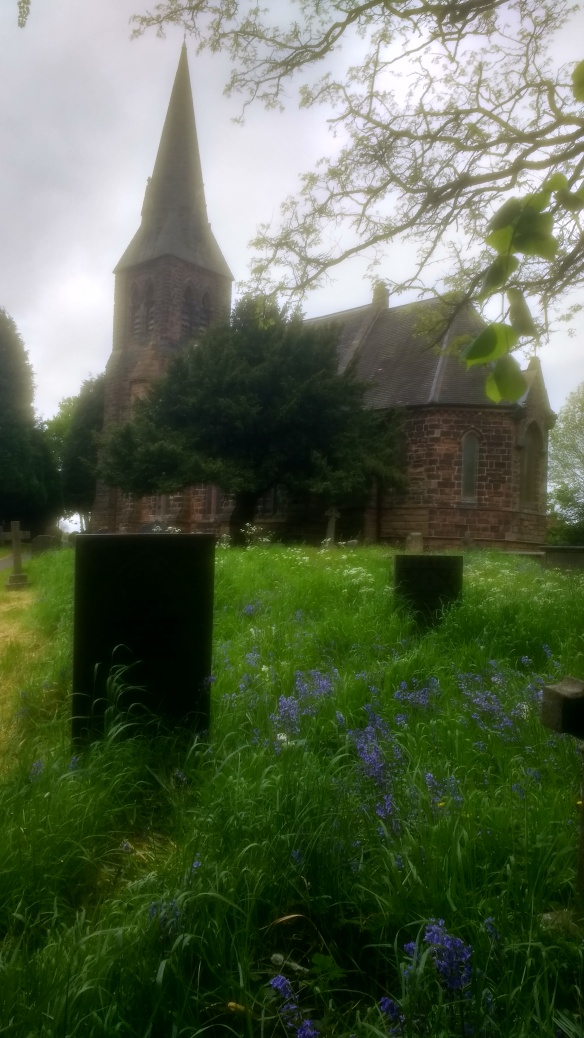 After my brief encounter with the railway station, I had a meander around the village. The most recent incarnation of the church was completed in 1873, although there is thought to have been one on the same site since Saxon times. Talking of Saxons, I think they found a bit of gold around here a couple of years ago?  I loved the board at Hammerwich Community Centre which explained that it had started out as a school and in the early days it shared the site with the village pinfold where stray animals had been rounded up (despite it being know as the triangle) since medieval times, and that the children would play with the animals before and after lesson times.

I have a bit of a thing about windmills due to significant exposure to Camberwick Green as a child and so, before heading back to the car, I went to see Speedwell Mill.  According to ‘The Staffordshire Village Book’, compiled by members of the Staffordshire Federation of Women’s Institutes, Speedwell was apparently the largest working mill in the Midlands. Having once had a run in with the WI in Kings Bromley, I am not going to argue with them.  I’ve just discovered this chap called Karl Wood who spent thirty years travelling around the Midlands recording mills which is a life well lived if you ask me. Mr Wood visited Hammerwich Mill in June 1938 and you can visit his pen and ink sketch here.

More on the railway project soon…