There’s a long running gag between me and my mates about how dangerous swans are. Turns out it’s actually no joke. In William Pitt’s 1817 Topographical History of Staffordshire, he describes how a hardy dog at Handsacre was stunned by a swan’s wing and trampled under water, and how a lusty farmer attempting to cross the River Trent too near to a nest got unhorsed and ducked. 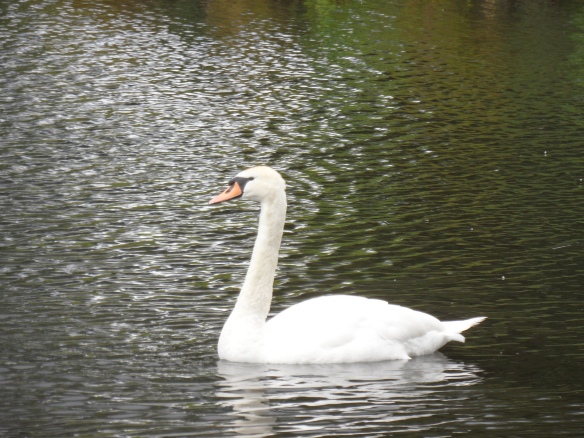 Now I’ve got that public service announcement out of the way, I can get on with the reason I was reading that book in the first place. I’m curious about the curious church of St Nicholas’ at Mavesyn Ridware and its collection of curios. 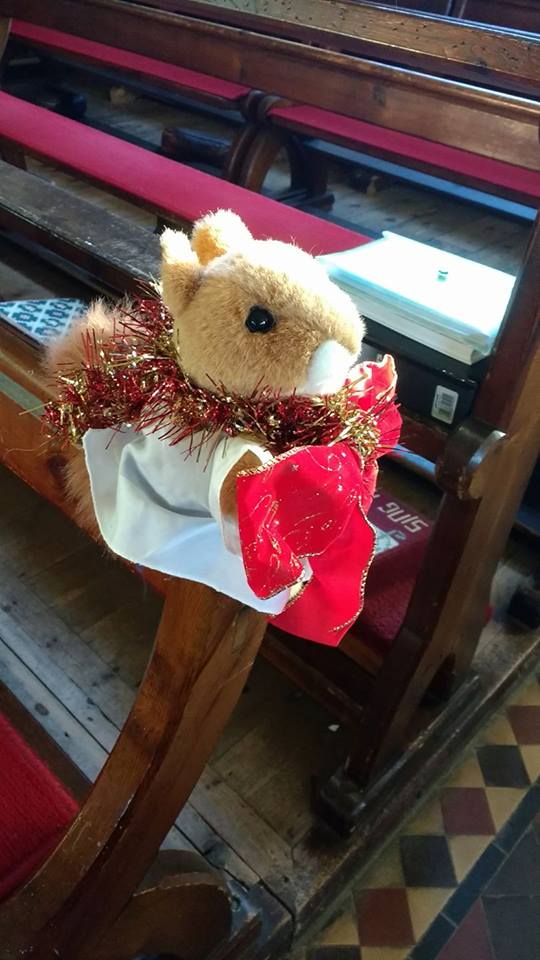 When my friends visited, the squirrel was holding a Kit-Kat. I swear I’m not making this up.

Pitt describes how in 1782, the old church was damp and in near ruins and so the majority of it was taken down and rebuilt. You’d never notice though, it blends in perfectly with the 14thc tower. 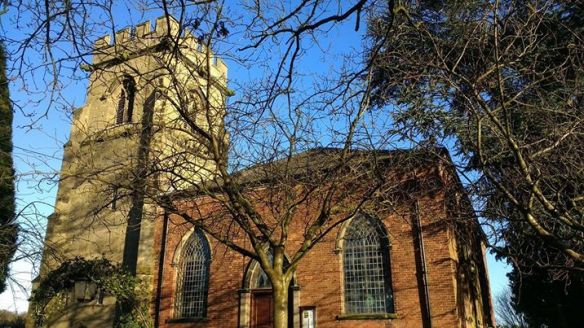 Another surviving section of the older church is the 13th Trinity Aisle or Cawarden Chapel, with tombs and memorials belonging to the Cawarden, Chadwick and Mavesyn families. Pevsner describes it as, ‘the fascination of the church’ (although for me personally, it’s the squirrel), where, ‘the family monuments are assembled and other ancestors celebrated in a somewhat bogus way’. 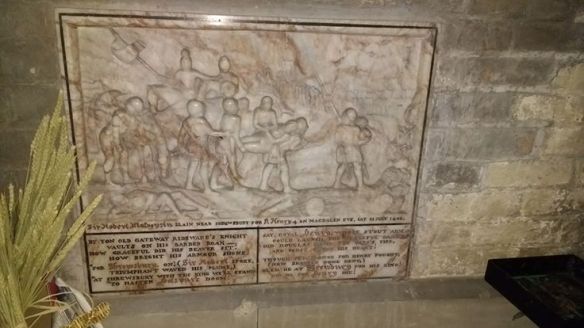 He is referring to a series of alabaster panels telling the story of how in July 1403, Sir Robert Mavesyn killed his neighbour and enemy Sir William Handsacre on the banks of the River Trent at High Bridge, before heading off to his own death at the Battle of Shrewsbury. 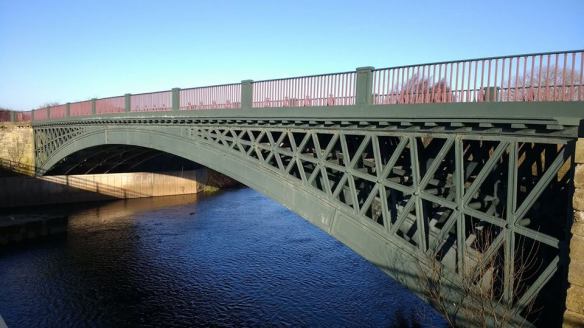 The site of the skirmish is said to have been alongside two ancient oak trees known as Gog and Magog at a meadow above the bridge. In 1916, Robert Naylor, who was walking from John O’Groats to Lands End, recorded in the chronicle of his adventures that only their huge decayed trunks remained. Squirreled away in a glass case, at the far end of Trinity Aisle are two brackets, with a fading label describing how they were made from the wood of those two ancient oaks. Also, inside the glass case are 14thc floor tiles discovered in the 1990s, but its the non-native tiles mounted on the wall near the chapel that I was most interested in. 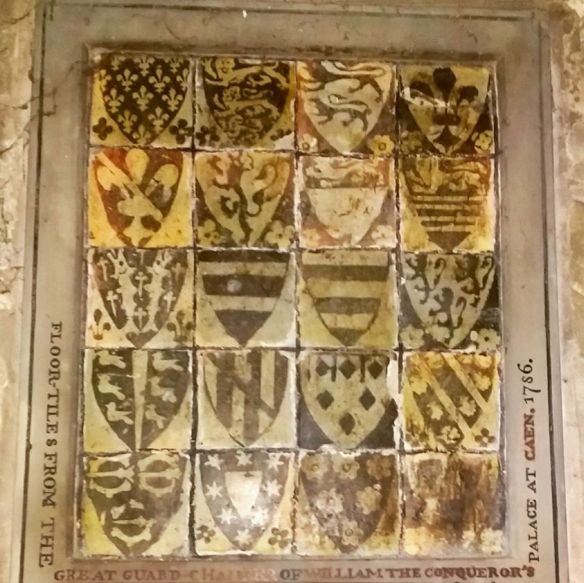 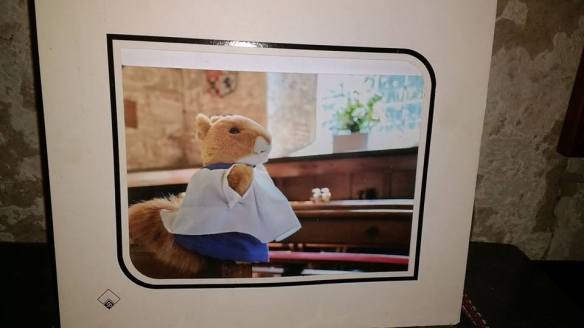 This photo was in-between the two sets of tiles in real life. And to be honest, when real life is this odd, who needs fantasy? 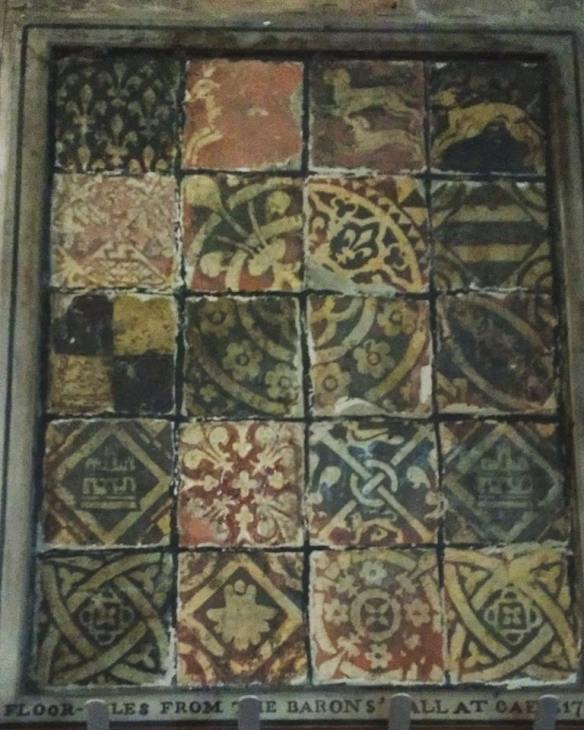 Both sets are from Caen Castle, built c. 1060 by William the Conqueror. So how or why did they end up in the middle of Staffordshire? According to antiquarian journals, they were obtained by Charles Chadwick in 1786, after the partial destruction of the castle during the French Revolution, and are a reminder that the Mavesyns were Norman conquerors. Somewhat ironically, during the renovations to the church, whilst the Trinity Aisle was being fitted with neo-medieval monuments and imported tiles, it appears one genuine Norman furnishing was discarded. In 1879, the then 800 year old Norman font was found buried in a nearby  garden and restored to the church. 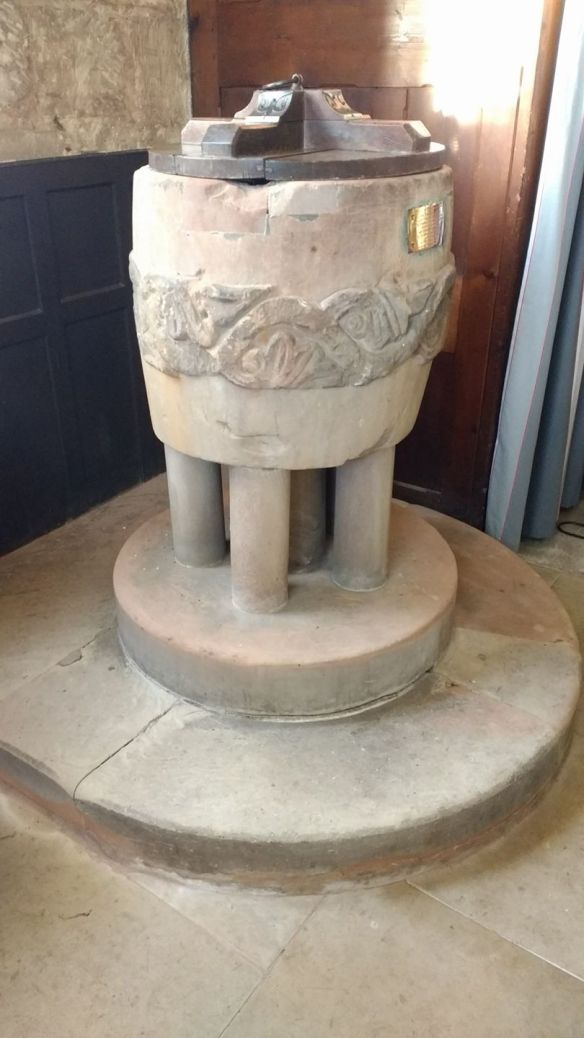 Alongside the quirky kirche is the 14thc gatehouse, where Cromwell’s men are believed to have lodged during the Civil War, and a 17thc Tithe Barn. Go and have a look for yourself. It’s a great place to go swanning around… 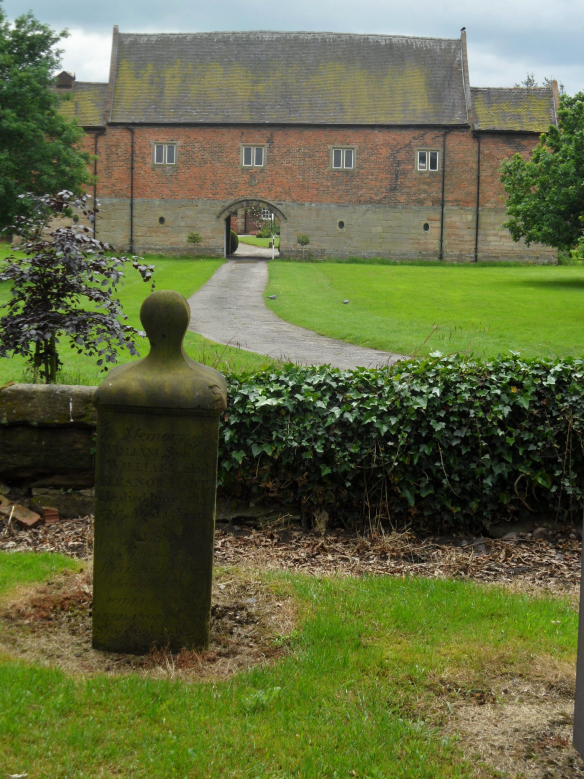