Whilst I’ve been in Wolverhampton attempting to master the phonemic alphabet and the forty four sounds of spoken English, things have been a bit quiet here on lɪtʃˌfiːld lɔː However, the exams are over and my final assignment for the second year has been handed in (note to those who say I leave things to the last minute, I actually had a good seven minutes to spare) and so a summer of stone gazing awaits.

My first ride out of the season took me to Barton Under Needwood and specifically to St James, the only church in Staffordshire to be built in the Tudor period I believe. According to Greenslade, it stands on the site of the cottage where founder Dr John Taylor was born in 1480(ish), the eldest of triplets. The story of the Taylor triplets is well known although several versions exist.  In perhaps the most romantic of these, King Henry VII was hunting in Needwood Forest when he became separated from his companions. He stopped off at a small cottage to seek directions back to Tutbury Castle and found that the couple living there were the parents of three strong healthy triplets. Perhaps a more likely story is that three surviving triplets were presented to the King as, if not quite a miracle, something that may have appeared close to one in those days when between a third and a half of children didn’t make it to their fifth birthday (the King would himself go on to lose three children in their infancy). What is certain is that Henry took it upon himself to be responsible for the boys’ education. In John’s case, there is note in the Royal Privy purse expenses of 1498 ‘for the wages of the King’s Scoler John Taillor at Oxenford’. A career in the church and as civil servant followed, with John eventually holding the position of Master of the Rolls between 1527 and 1534. It may sound like he was in charge of the King’s packed lunches but it was actually the third most senior judicial position in the country. 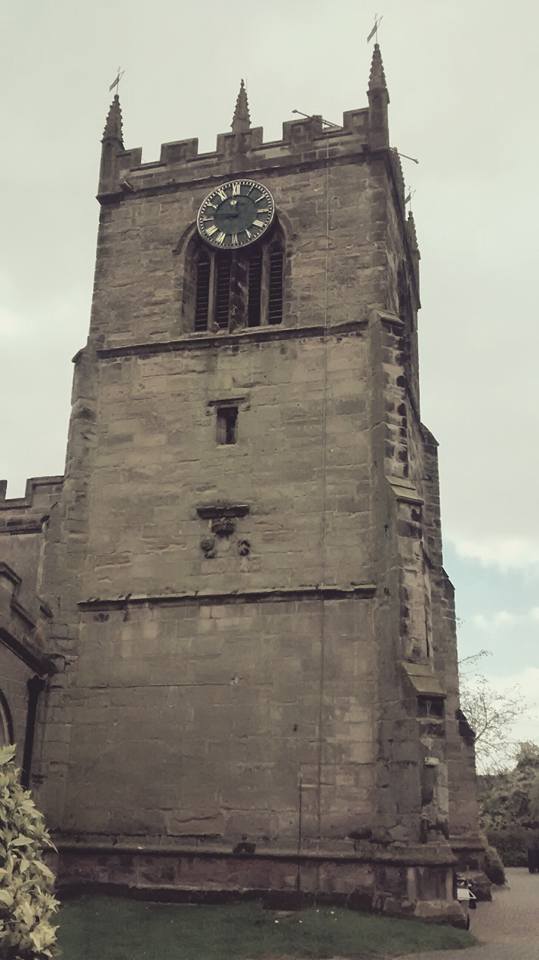 The tower of St James at Barton under Needwood

Taylor’s initials can be found on the church tower alongside the year 1517, when work commenced at St James (then dedicated to Mary Magdalene). Work was completed in 1533, and Taylor died the following year. However, his final resting place is elsewhere. John Stow’s survey of London in 1598 records it as being at St Anthony’s Hospital in London. However, there is a suggestion that the intention was for it to be here at St James which would have brought the local lad done good’s life full circle. Pevsner suggests that a blank arch in the north wall of the chancel may have been designed to house his tomb although why this never came to be is unknown. Another gap or three, based on the reading I’ve done so far, is what became of the other Taylor triplets Rowland and Nathaniel Taylor and also their elder sister Elizabeth, denied the opportunities of her brothers as she was not a) a triplet or b) male. How does her life compare to theirs? Taylor’s tale may be well known, but it seems to me to that the story of Barton’s most famous son and his family is far from being all sewn up. 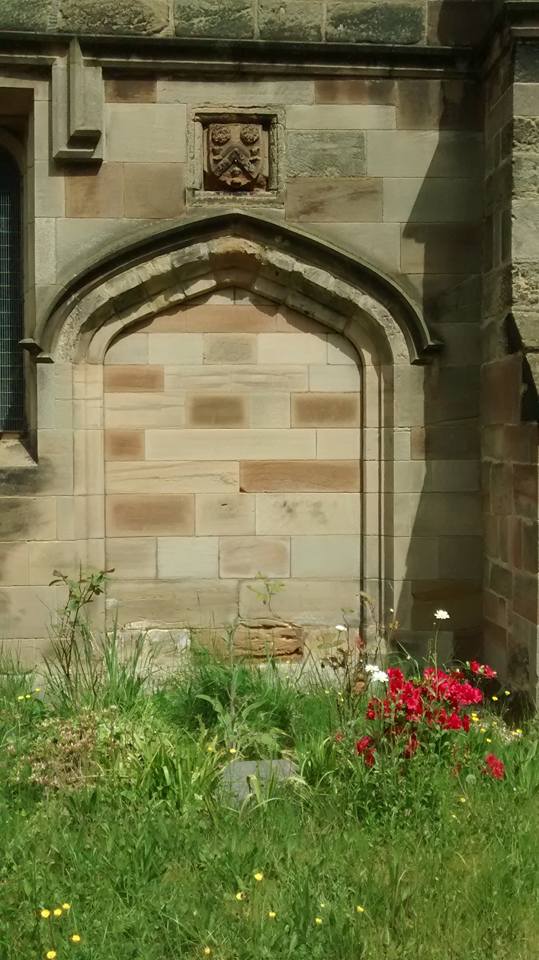 Above this blocked doorway at St James is the coat of arms of John Taylor. Look closely and you’ll see it features three little heads, representing John and his brothers.

2 thoughts on “Taylor Made”