Just outside of Lichfield, in the village of Wall, are the remains of the Roman settlement of Letocetum, a latinized version of an Iron Age place name meaning ‘grey wood’. The foundations of the bath house and guest house (or mansio), established here to provide rest and recuperation and a change of horses to those travelling along Watling Street, are still visible.  As you’d expect, some fascinating archaeological finds have been unearthed at the site, giving us a glimpse of what life in Letocetum was like almost two thousand years ago. Many of these are displayed in the site museum, including my favourite – a carved stone, discovered built into the foundations of the mansio, along with seven others, which I suspect not many people even realise exist.

Carved stone on display at Wall museum, featuring two carved heads and what’s thought to be a shield.

The carving seems to show two horned heads facing each other, with a circular object, interpreted as a shield, to their right. Heads also appear on some of the other stones found alongside it.  One depicts a figure with a club in one hand, and a severed head or skull at its feet. Another features a head in what may be some sort of niche and a fourth has a head with an open mouth, that may suggest it is screaming.

Carved onto a fifth stone are two ‘warrior’ figures with shields, stood side by side. A pattern of sorts around their legs has been interpreted as representing water. A second pair of figures, enclosed in a frame or box of some sort lie at right angles to these ‘warriors’. Two further stones have inscriptions, or at least partial inscriptions CUINTI…CI and DDBRUTI, and on the eighth stone is a carving which resembles a Christian cross, although it may be a pagan symbol representing the sun.

All but one of the stones were built into the foundations of the mansio in an inverted position, and there is a theory that they were originally part of a Romano-British shrine dedicated to a native god or gods (the names of whom may be recorded on those inscripted stones), which was demolished sometime around the building of the mansio. The reason for the shrine’s demolition at this stage is unclear, but it has been suggested that it may have been replaced by a yet to be discovered temple dedicated to a Roman god built elsewhere on the site. Incorporating the stones upside down suggests that the native gods represented by the carvings were still respected, and perhaps even feared by the builders of the mansio – I understand that inverting an object was thought to neutralise its power.

There is also a ninth carved stone, found separately from the others, in a hypocaust in the north east of the mansio. It appears to depict a phallus, and was inserted after construction to provide additional protection for the building.

Unfortunately, the stone with the ‘cross’ has disappeared and no photographs appear to exist. The other stones are kept at Birmingham Museum and Art Gallery but photographs of them can be found in the eleventh report of excavations at Wall, included in Volume XXI of the Staffordshire Archaeological and Historical Society transactions for 1979-80. Along with all of the Society’s other transactions, this is accessible online to members (it’s well worth joining if you are interested in the area’s archaeology).  I haven’t got around to asking for permission to use the photographs here, and so in an attempt to stay on the right side of copyright law, whilst trying to give a better idea of what the carvings on the stones look like, here are some drawings I did of them. Apologies to archaeologists and artists everywhere. 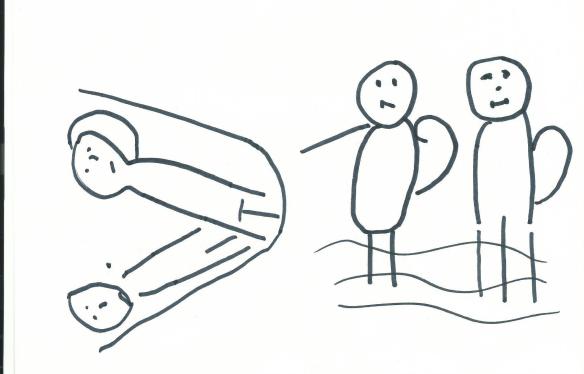 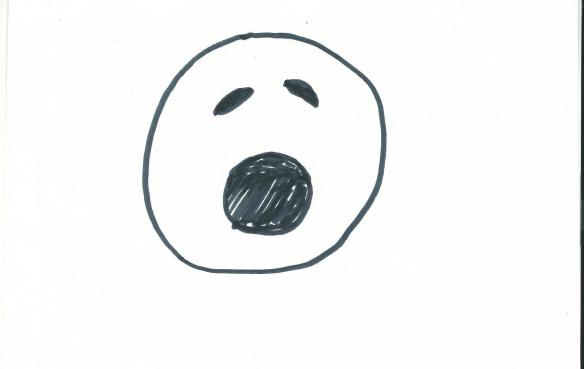 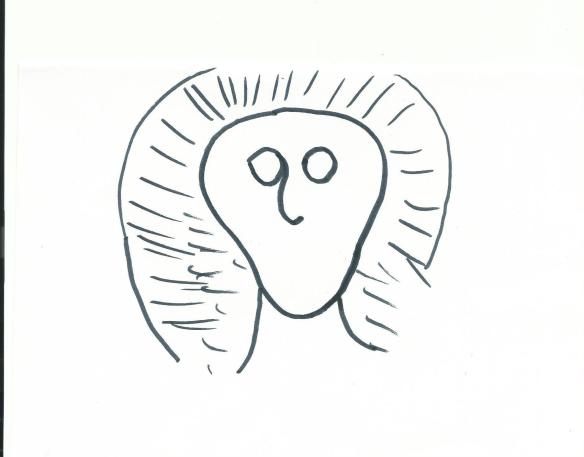 I’m not drawing the ninth stone. You can probably work out what that one looks like for yourselves….

This all fits quite nicely (albeit unintentionally!) with the theme of ‘Hidden Histories’ for this year’s heritage weekend in Lichfield (20th/21st September). If you are interested in finding out more about the story of Wall, and hearing about some of the other archaeological discoveries made here, there is free guided walk around the village led by the Friends of Letocetum on Sunday 21st September.  The walk is free and open to everyone, and will be starting out from the the village car park at 10.30am.

3 thoughts on “Heads and Tales”