This beautiful photograph is of Clara Talbott, and it was her prize for being chosen as the Lichfield Bower Queen in 1931. Clara was the third Queen to be crowned and although other parts of the Bower date back to much earlier, it seems this tradition only began in 1929. The Lichfield Mercury reported that Clara’s ‘long auburn hair had provided a very favourable comparison with the more modern ‘bobs’ and ‘shingles’. It goes on to tell us that Clara was assisted by her ‘fair maids of honour’ Misses R Orton, M Barker, F Nevill and K Carroll. 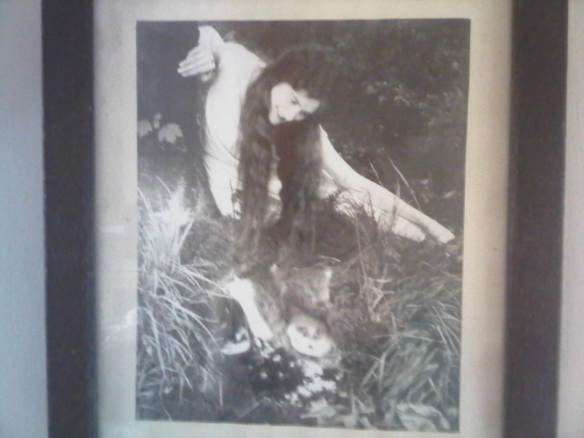 A mirror was used to give the impression of a reflection in water.

The photograph belongs to Vickie Sutton, Clara’s granddaughter. She told me that the photograph was taken in woods around Leomansley, where the A51 western bypass now cuts through the woodland. I understand that these trees here were planted by the owners of the now vanished Beacon Place. 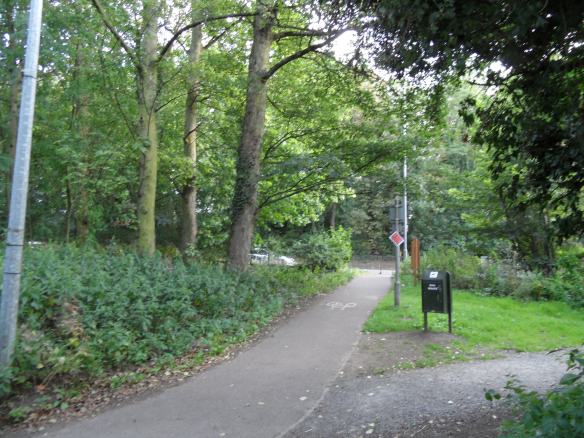 Woodland at the edge of Beacon Park and the old carriage driveway from Christ Church to Beacon Place, with the A51 through the middle!

Clara’s family farmed land on Beacon Park and once married, Clara and her husband Frederick Hatchett lived in The Lodge in Greenhough Rd. As the name suggests this was a lodge for Beacon Place and at one point was used as a laundry for the house – it was known as Laundry Lodge in 1891! Vickie has heard from a family member that it may also have been used a some sort of cafe for soldiers in the first world war. I haven’t been able to find any specific references to this yet but records show that Beacon Place was used by officers during WWI and was purchased by the war department in 1922. Cuthbert Brown remembers military figures entering Beacon Place in his wonderful book ‘Lichfield Remembered’.

Once again huge thanks to Vickie for allowing me to share this. The Beacon Place Estate is definitely on my list of things to explore. It may be long gone, but traces of it still linger on….

Lichfield Mercury May 1931
A History of the County of Stafford: Volume 14: Lichfield (1990)
1891 Census
Lichfield Remembered by Cuthbert Brown
Chatting to Vickie Sutton, font of Lichfield knowledge!

6 thoughts on “A Bower Queen in Beacon Park”

Leave a Reply to Born a Lichfeldian Cancel reply