I have always been fascinated by folklore, superstition, ghost stories and all that kind of hocus-pocus. Growing up on a new housing estate in suburban Birmingham is perhaps not the most obvious place to have become acquainted with the old ways but they made their presence known from time to time. My Dad would never allow new shoes to be put on the table and a bird in the house was very bad news indeed.  Whilst working in a fast food joint in Sparkhill one Saturday afternoon, a woman ordered some southern fried chicken and read my palm. My brother’s rogue of a mate swore he saw an elderly neighbour doing the gardening a couple of weeks after she’d died and apparently there was a horse buried under a small hillock in our local park. I must google that one actually.

I’m well aware that such matters are a bit Marmite (and it just so happens that I know of an urban myth about that particular food stuff and Dartmoor Prison) and so I shall try and keep this kind of thing to my other blog here, which I write with my bad friend Betsy. However, as it’s Halloween and fast approaching the witching hour, indulge me briefly to mention a few local stories that I’m fascinated by, and which Mavis and Betsy may well be exploring further.

First up, a few tales of fangtastic beasts and where to find them (although given that seeing them is said to bring misfortune, I’d advise you not to go looking). The Black Dog of Brereton roams the lanes of, well, Brereton, terrifying all those who encounter it before vanishing into thin air. Demon doggos have also been witnessed locally by young Ivan Vinnel on Woodhouses Road in Burntwood in the 1930s and, more recently, by a number of motorists on the M6 toll road who reported a wolf-like creature bounding around Junction 10A. The Black Dogs of Brereton and Burntwood and the M6 Toll road. 666/10 would not pet.

A google ghost hunt has thrown up Lichfield district’s very own phantom flan flinger. In January 1979, ATV Today visited The Burntwood Patisserie to interview the bakery director Steve Davies and employee Dawn Evans after paranormal activity in the building put the night shift on hold. Sadly, the video clip is not yet available on line through the MACE archive.  Elsewhere in the ATV archive is footage from May 1965, when a camera crew visited Dam Street’s ‘Little Gallery’, an antique shop run by Jack Whitney, to try and capture evidence of a monk said to haunt the 500 year old building. What are these two buildings now? 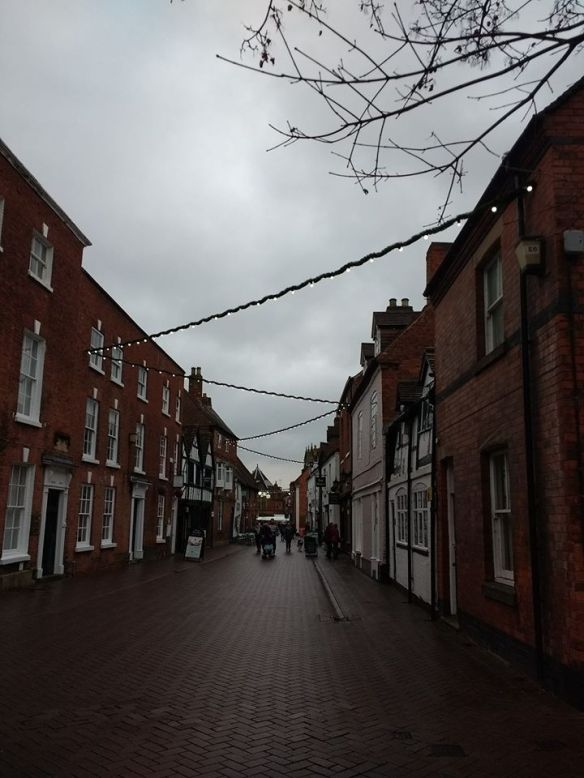 It’s a mystery at one of my own previous haunts that’s really intrigued me however. Back in the summer, I wrote about the lost chapel at Longdon . It had been built in the late 17th century and was demolished in the 1960s to make way for the A51 flyover. In June 1969, the Birmingham Post reported that a gravestone with the inscription ‘William Edwards. Died 6 August 1775 aged 67. Clerk to this chapel for 19 years’ had appeared alongside the site where the congregational chapel once stood, three years after it had been torn down. Everyone involved from the clergy to the constructors to the council denied any knowledge of where it came from, who put it there and why. Looking back at JW Jackson’s description of the site when he explored it in 1876, there was a small graveyard. So why was this the only memorial from it to have been replaced at the site? And another fifty years on, is it still there?

Real Monsters, Gruesome Critters, and Beasts from the Darkside by Brad Steiger

The Weiser Field Guide to Cryptozoology by Deena West Budd