Sometimes you don’t have to look too deep into your past to find the parts of it that have shaped you. On a childhood trip to Cardigan Bay, I remember my imagination being captured by the story of a lost kingdom beneath the waves and sitting at the water’s edge hoping to hear the peals of its sunken bells. I didn’t really know what folklore was back then but something about the story obviously chimed with me.

These memories came flooding back as I read about how Blithfield Reservoir had been created in the 1940s by South Staffs water on land belonging to the Bagot family. Farmland, trees and lanes were submerged along with a mill and bridges.  It might not be the kingdom of Cantre’r Gwaelod  but Blithfield has it’s own legends. A local history book, ‘Around Rugeley from Old Photographs’ by Joan Anslow has a picture from the late 1940s of three women and a man stood on Kitty Fisher’s Bridge, one of the structures that has now disappeared below the water.

According to local folklore, Kitty Fisher’s bridge (and the brook it spans) was named after a young woman who threw herself from it. Of course I knew Kitty Fisher as the character in one of my childhood rhymes but until now had no idea that it was probably referring to a famous whore. This came shortly after another nursery rhyme related revelation – I was rocked to my foundations when I read a theory that in the verse about a much more famous bridge, ‘my fair lady’ might been a human sacrifice. We shall return to this anon. 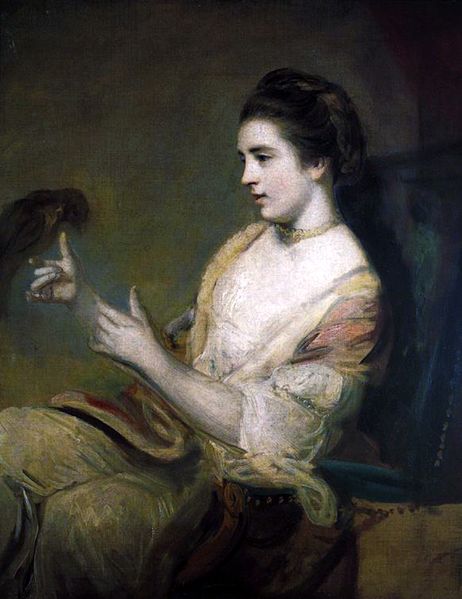 As I was trying to wade through the folklore with my friend Patti, what should pop up on Facebook but a post from Staffordshire Past Track saying that photos of Blithfield Reservoir during the drought of 2002 had recently been added to the online collection. Amongst the structures which re-emerged is a bridge, much dilapidated but still identifiable by its arch. Comparing this with the photo from ‘Around Rugeley’, I would suggest this might be what remains of Kitty Fisher’s Bridge. 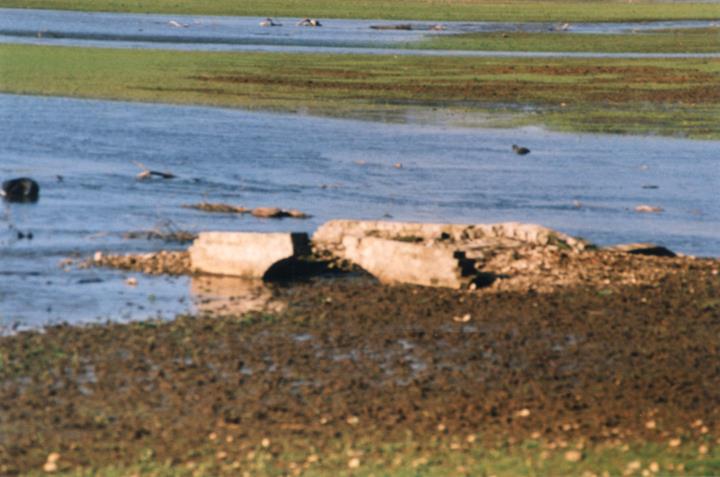 Sadly however, any hard evidence for the origins of its name seems to have sunk without trace.

Many thanks to the folks at South Staffs Water Archive

Around Rugeley from old photographs by Jean Anslow