As these things go, the highest village in England is a decent title to have. Far better than being say the wettest place (1) or the most haunted village (2). Yet, it appears wherever there there’s a superlative at stake, there will always be controversy and more often than not a good story to go along with it.  Just ask the good people of Burntwood about their park. 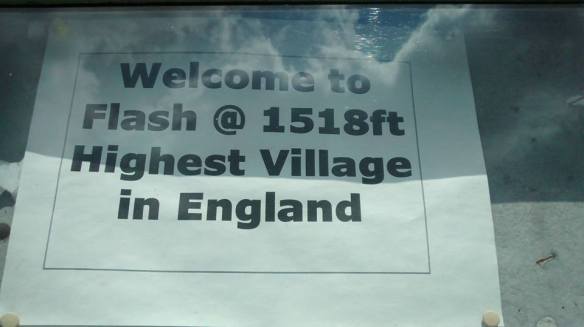 Someone at Visit Cumbria was presumably high on Kendal Mint Cake when they wrote that Nenthead  in their county was England’s highest village.  The title belongs to Flash, Staffordshire, 1,518ft above sea level, and they have the paper sign to prove it.  The official village sign goes one step further however, proclaiming Flash to be the highest village in Britain, a claim disputed by Scotland’s highest village Wanlockhead. However in 2007 the BBC One show intervened and declared the Staffordshire village was indeed the higher of the two and perfectly entitled to look down on its Scottish rival. (3) 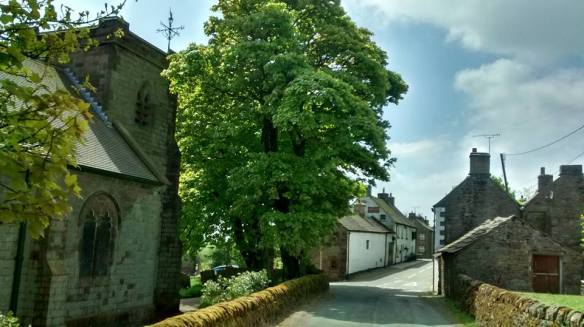 Elsewhere on t’internet, you will see the bold statement that there is no doubt that the Methodist Church in Flash is the highest in the country. However, the chapel has been converted to a residential property (it’s rather lovely and currently up for sale). Is a deconsecrated church still a church? Perhaps we should ask the people in charge of the second highest Methodist Church in England what they think….

To even begin contemplating whether the New Inn at Flash is the highest pub in Britain, England or even Staffordshire, I’d need a stiff drink  but sadly on my visit, the pub was closed (although only for the afternoon). Instead I had to be content with Flash’s other watering hole i.e. the village well, dressed every year (the 2016 blessing will take place at 2.30pm on 18th June ) as is the custom in these parts. 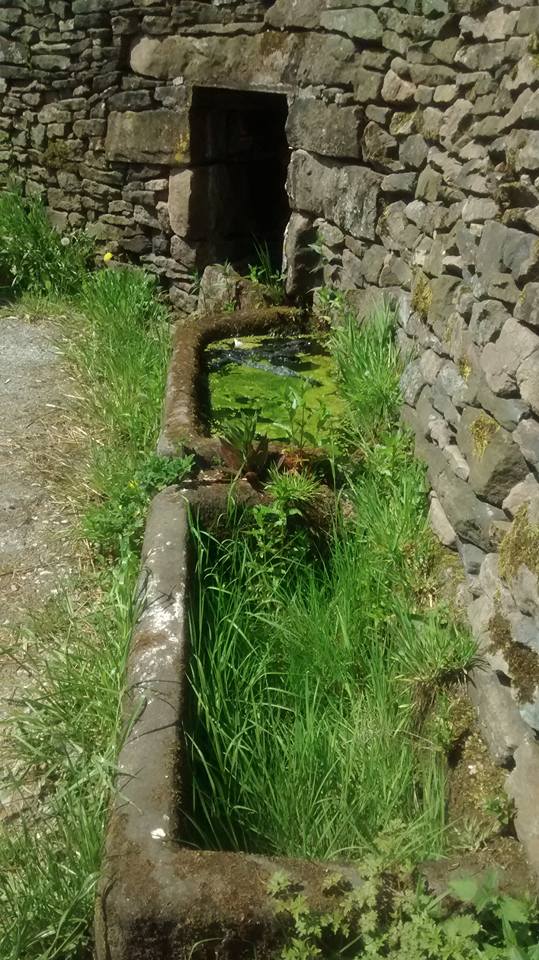 Flash’s well dressing tradition is a recent one, an addition to the annual and much older teapot parade, surely the highest teapot parade in the country. Ok, the only teapot parade in the country. It celebrates the village’s friendly society, established in 1846 to provide for residents who had fallen on hard times and only dissolved in the 1990s. The name is believed to derive from the vessel used to collect and hold the funds until someone needed them. There’s a fantastic write up and photographs here by the wonderful Pixy Led who attended the festivities in 2014.

Although several people have started singing this when I’ve mentioned the village name, the traditional or folk etymology relates to something rather less heroic. A villainous looking character appears on the pub sign, and represents the gang who supposedly set up presses here making counterfeit or ‘flash’ money.  However, in David Horovitz’s invaluable survey of Staffordshire place names, he suggests the place name likely derives from a Scandinavian word meaning a swamp, or a pool of water. As a folklore loving linguist I shall sit on the fence.  And if the fence is in Flash it might be the highest fence in Britain…ok, I’ll stop now.

The highest cat and the highest Kate in the country. Possibly.

(1) There is indeed a good story about this. Earlier this year, the village of Eglwyswrw in South Wales had had rain for 83 consecutive days and were just six days short of the record set by Eallabus, Scotland in 1923. It was national news. The Telegraph reported on it imaginatively illustrating an article on a wet place in Wales with an umbrella and a sheep and even had a timer counting down the days, hours and seconds until Eglwyswrw claimed the soggy crown from the Scots but it was not to be and so Eallabus retains the title.

(2) A title awarded by the Guinness Book of Records in 1989 as it has twelve ghosts. Or more accurately perhaps, twelve ghost stories.

(3) Whilst on the subject please let’s take a few moments to think about Bwlchgwyn which erected signs announcing it was the highest village in Wales, but later discovered it is only the third highest. And yes, the Telegraph, the Metro and numerous others have already done the ‘left feeling low’ pun. Bet they wish they’d made their sign out of paper…