On Facebook, another member of the Lichfield Discovered group posted a photograph of a shop sign that had been hiding underneath a Connells Estate Agents sign on Bore Street. 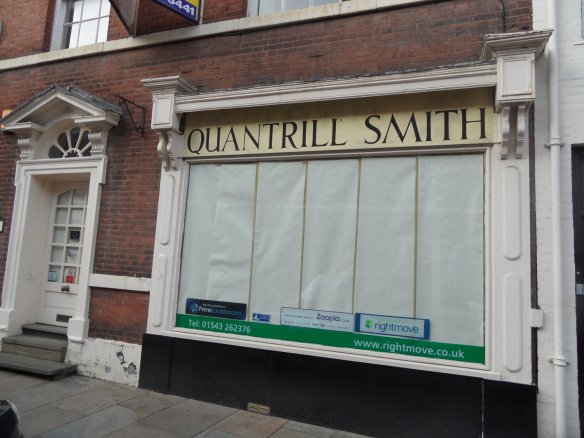 What other old signs lurk beneath plastic facades?

I started to do a bit of reading about the use of signs and lettering on buildings and came across an article in the Independent, which features a self confessed font geek called Anthony Harrington. “Typefaces work well as little milestones,” he says. “They anchor a building to a time and a function, whether it’s commercial or social, and this is a heritage worth preserving”. There’s also a map and an app which aims, ‘to photographically record publicly available lettering and type throughout the capital’.

It’s an interesting idea and so I had a wander around to see what other examples I could find in the Lichfield. In October 1953, the School of Art principal Miss EM Flint declared that city was remarkably deficient in the provision of well-rendered signs and notices. Is this still true sixty years later? Anymore good examples out there? 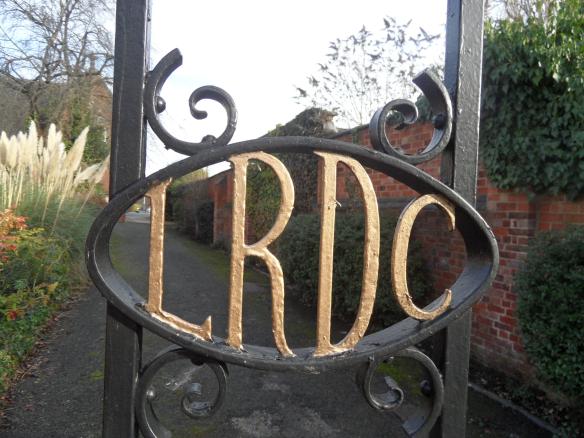 You have to include a sign that has letters with eyebrows 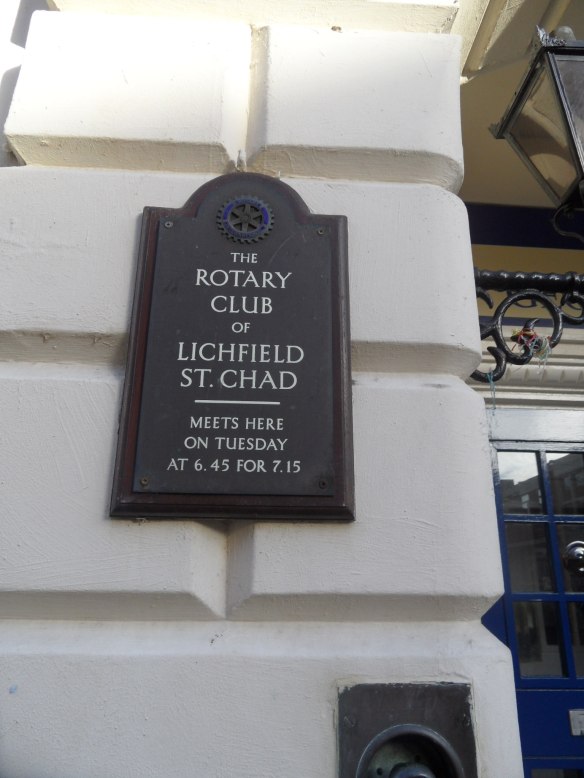 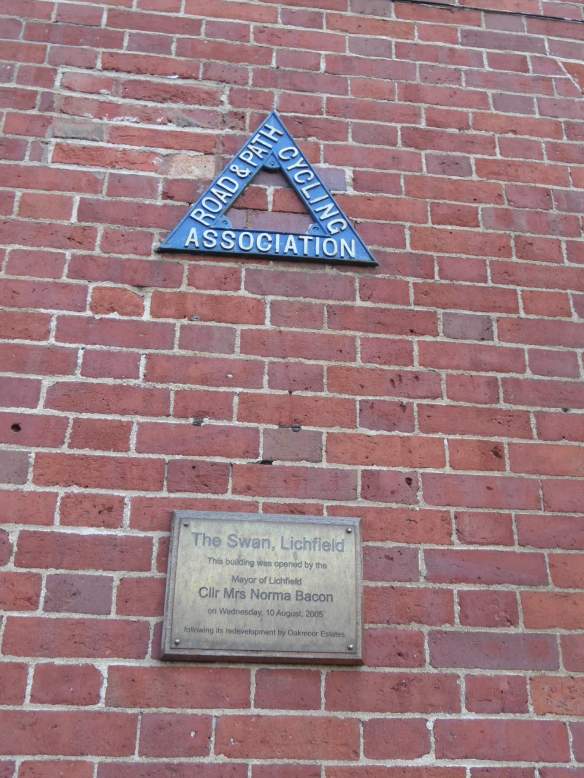