Last weekend, I went to take photographs of the restored medieval conduit head up at Pipe Hill and what I thought was the 18th century conduit head which replaced it for a short time between circa 1780 and 1821. It had always confused me as to how or why someone had carved 1755 into the stonework of the latter, and I had assumed that perhaps the date it was brought into use was slightly earlier than thought. 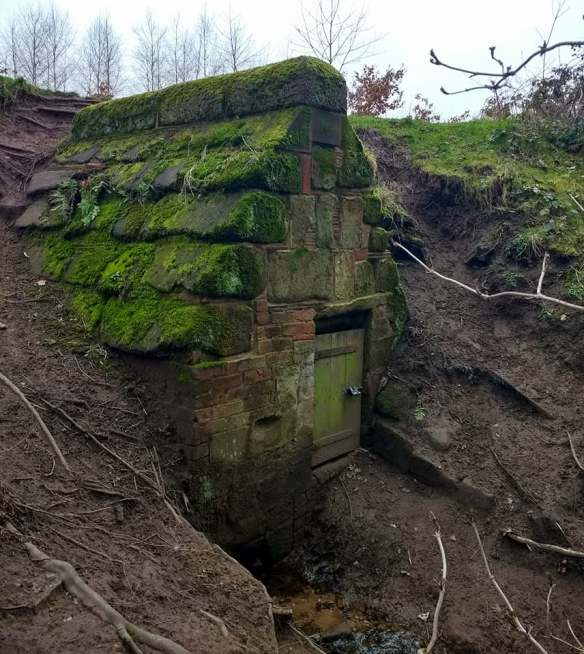 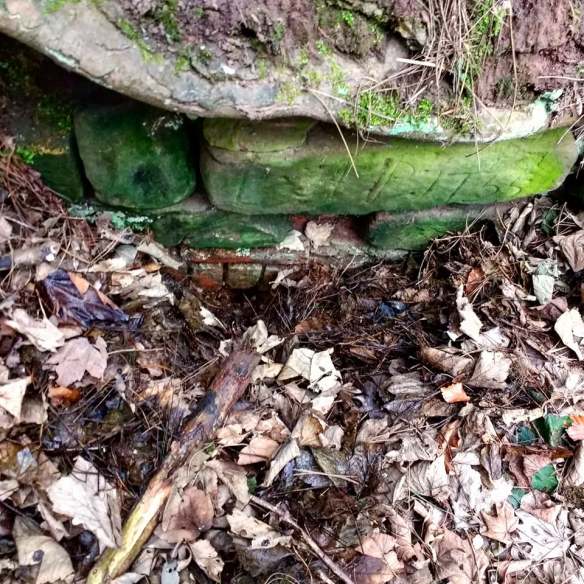 Well you know what they say about assuming…actually, talking of equidae I did come across some unexpected donkeys in someone’s garden whilst I was up there but I wasn’t brayve enough to take a photo. Anyway, I’ve gone off my watercourse – back to the conduit heads.  I’d taken some nice photos of the two structures and I was heading for the car, dreaming about which Instagram filter I was going to use, when a thought popped into my own head about walking along the route of the conduit to see where it ended up. 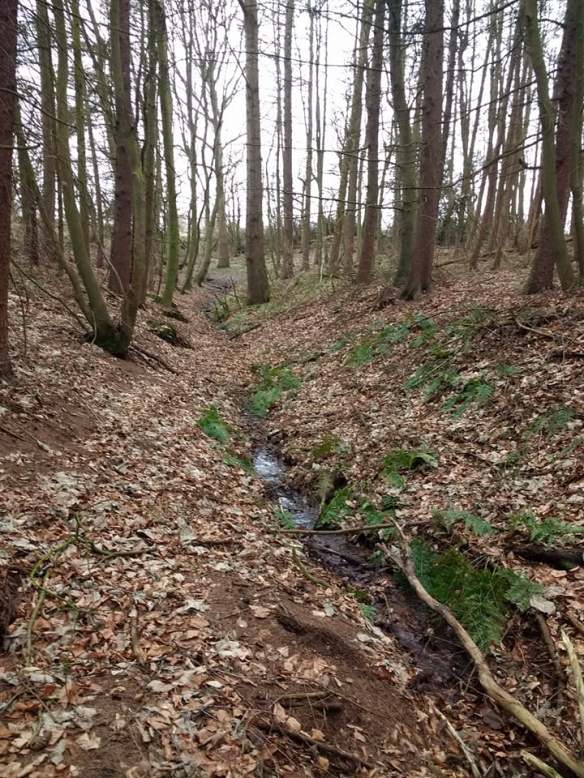 So I went back and did it and about 100 metres away from the medieval conduit head was this. 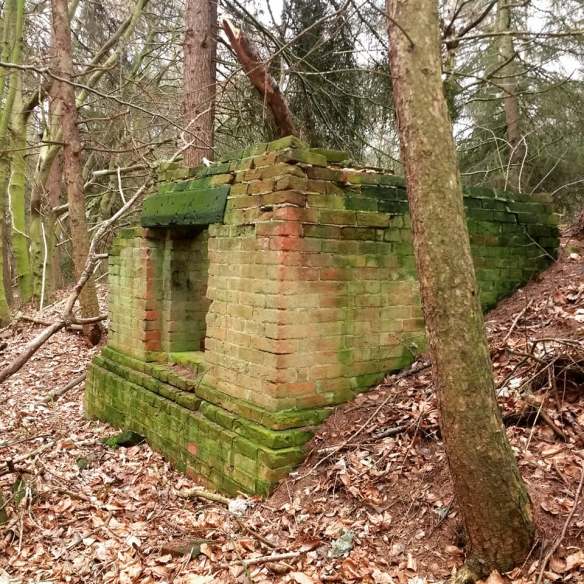 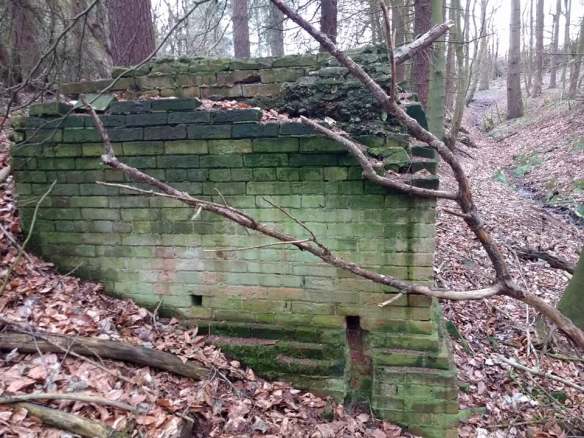 I have been here many times and this is the first time I have ever since this. Other regulars at Pipe Hill have said the same. Some have suggested that it must be magic but as much as I like the idea of brick structure that mysteriously appears and disappears like a Burntwood version of Brigadoon, I thought I’d look to the historical sources, rather than sorcery to try and solve The Mystery of the Three Conduit Heads. In light of the ‘new’ discovery,  I took another look at the Victoria County History of Staffordshire:

The Close was supplied with water from springs at Pipe, in Burntwood, from the mid or later 12th century. Between c. 1140 and c. 1170, in return for 15s. 4d. paid by the canons, Thomas of Bromley granted the cathedral two springs for making a conduit…About 1259 William Bell of Pipe granted a third spring next to the conduit head for 12s. The pipes ran from to the conduit head near Maple Hayes to a conduit in the Close, a distance of 1½ mile. (1)

I’m now wondering whether the structure with 1755 carved on it is actually part of the original medieval set up, or possibly connected to the granting of the third spring in 1259 and the ruined brick structure further down is the short-lived 18th century conduit head? The County History goes on to say:

A brick conduit head was built at Maple Hayes c. 1780 to replace the existing head, which probably dated from the 13th century. It remained in use until 1821 when the old head was brought back into operation in order to improve the supply (1)

These are the positions of the three structures on a very basic map (the black X is a the medieval one, the red X is the one with ‘1755’ carved onto it and the purple X is the ruined brick one). 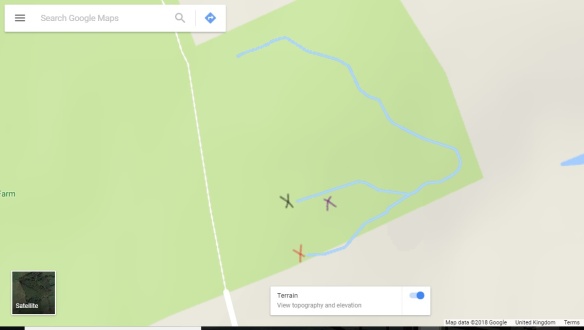 Looking at this, I now wish I’d explore the area above where there appears to be another spring, as this may yield further clues but that’s one for another day. In the meantime, any thoughts folks? I do find it strange that only the restored medieval one is listed and that there is no reference to the other structures on the Staffordshire Historic Environment Record. Perhaps to get a clear picture of  what we’ve actually got here, we need to put all of our heads together…