I’m supposed to be revising right now, but it does you good to have a little diversion now and again. So, just a quickie but it’s an interesting one. On my way to Wall last Monday, I spotted this marker stone outside Redlock Cottage on the Birmingham Rd. As this isn’t too far from the route that the Wyrley and Essington canal once took through Lichfield, I assumed that it was some sort of boundary marker, with ‘L.C’ standing for ‘Lichfield Canal’, possibly salvaged by previous owners of the cottage when this stretch of the Curly Wyrley was filled in. 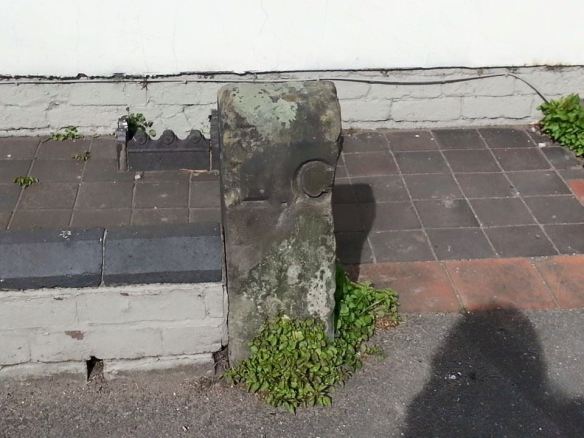 Turns out my theory was as rubbish as a shopping trolley at the bottom of the cut. Christine Howles, one of the Lichfield & Hatherton Canal Restoration Trust’s volunteers, reminded me on Facebook that the name ‘Lichfield Canal’ only came in to use when the trust started their restoration work. So, what else could ‘L.C’ stand for? Having done a bit of digging (her pun, not mine!), Christine thought it may be part of a boundary marker for the Lichfield Conduit Lands, with an ‘L’ missing?

As I was writing this, I remembered that back in October 2013, on one of our Lichfield Discovered walks around Leomansley, my friend and neighbour Kerry showed me a mystery stone that had turned up in her garden….marked with a letter L. I’ll blame a head full of phonology for not making the association sooner but surely there is some connection between these two stones? Really do need to book myself in for a week at L.R.O. After the exams though, must concentrate on those kinds of marks first…. 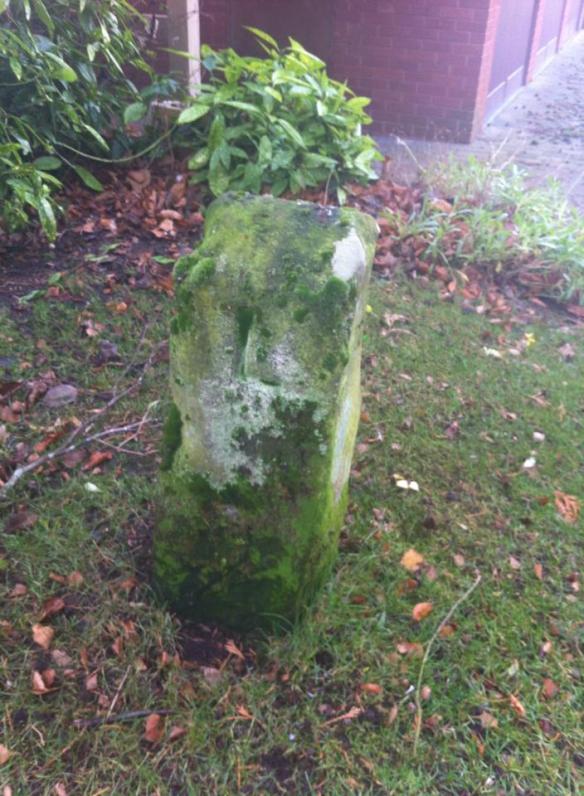