Walking around the edge of Beacon Park, I noticed a pile of moss covered stones in the undergrowth that I’d never seen before.  To me, they look like part of an old building, possibly pillars? It’s a long shot I know, but does anyone recognise them or have any idea as to where these pillars (if that’s what they are!) may have come from? 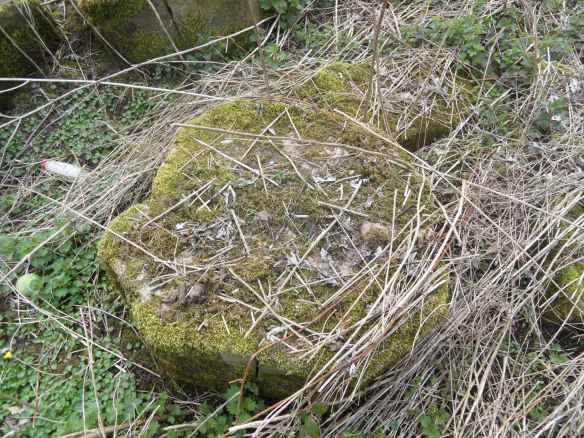 Whilst on the subject of ‘parts of old buildings found in unexpected places’, I have to mention my old favourite Fisherwick Hall. Back in January, I wrote an article for the Lichfield Gazette which mentioned that the hall had been demolished, but that parts of it had been reused elsewhere. After lying around for some years covered in moss, the pillars from Fisherwick went to the George Hotel in Walsall – you can read the great post written about the hotel by Stuart Williams of Walsall Local History Centre here. However,  I had no idea what had happened to the pillars, following the demolition of the hotel in the 1930s. Therefore, I was delighted when Paul (the editor of the Lichfield Gazette) told me that someone had contacted him, saying that some years ago he had seen them lying on a patch of ground near to the cricket ground in the Highgate area of Walsall. The gentleman described them as lying in pieces and covered with moss and lichen. Sounds familiar! Coincidentally, the site the gentleman described is a stone’s throw from where some of my relatives live, and so the next time I visited I went to take a look, but I had no luck in finding them. So near, yet so far….

Back to our Beacon Park stones, and someone from the Beacon Street Area Residents’ Association has very kindly said that he will ask the people in the know i.e. the Parks team and the Civic Society if they can shed any light on the matter. In the meantime, he’s left me pondering the fact that parts of the old bandstand and cycle track are also apparently also still around in the park somewhere…